Which comes first, the technology or the customer?

By Sarah HessApril 25, 2022Insights
No Comments

Technology or operationally driven businesses often struggle to get the balance right between chasing a technology focused agenda versus a customer centric one.

Technology has changed our lives dramatically. There’s no question about that, but how often is the focus on technology itself ahead of the consumer it’s being designed for?

We have often found that amongst tech-based businesses, there is an almost blind faith that a new piece of technology will change consumer behaviour and drive demand because of how clever and unique it is. That trend is further fuelled by the valuations of tech companies, which are almost inevitably higher than other types of business because it’s an area that investors consider scalable and often lower risk.

TESLA is a case in point – in an article in December 2020, Bloomberg wrote: “Tesla’s shares currently trade at nearly 1,000 times earnings.”

This belief in the unerring power of technology can make it very difficult for businesses whose lifeline of survival is investor funds, particularly start-ups. In those circumstances, it’s very hard to contradict the perspective of the ‘money’ and make decisions that are not tech driven. However, the long-term impact of this behaviour raises a question over the sustainability of a company.

We spoke to individuals from some of the leading players in technology led businesses, to better understand the challenges they face, the solutions they are developing and the importance of placing the customer first.

How Apple dominated the world of smartphones 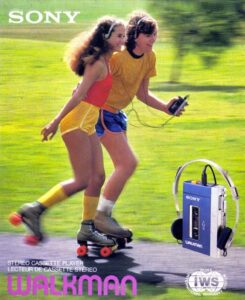 Consumer electronics in the ‘70s and ‘80s was full of amazing brands.

In the ‘80s, major players like Sony, Nokia and Philips dominated the field, however, their focus on the product and product alone meant they were unprepared to compete with the fresh approach of new entrants coming into the market in the 90’s and 00’s.

Compare them to a brand like Apple, whose mastery lay in getting into the psyche of customers at a time when the market leaders fostered almost no relationship with the customer at all.

The smartphone is arguably the best example of this. We conflate it almost entirely with the iPhone, which has dramatically changed our daily lives and behaviours since it was first introduced in 2007. What made the iPhone such a success? What continues to drive the hunger for its ever-smarter upgrades? There are some interesting points to consider:

Apple was successful with the iPhone because it brought together all these existing functions and needs into one easy, portable, fun package. It didn’t actually solve any unmet needs. It answered customer needs in a way which delivered a significant shift in ease, accessibility and of course great marketing.

Where new technology fails, is where it is launched and tries to find a reason to justify its existence.

Arguably then, what the smartphone opened the door to, was a greater level of personalisation, enjoyability and ease of use – the three things that seem to shape customer interest and expectations of new products.

Despite its confidence, the tech market is no stranger to failures, and these often seem to occur when companies don’t pay enough attention to consumer sensitivities.

To that end, Lawrence Gould from Samsung argued that there were examples of just that throughout the pandemic: “There is no doubt that tech providers focus on the monetisation opportunity in managing our on-screen time and our potential advocacy. Some big tech providers are better than others at how they manage access and permissions to personal data.

Some apps failed to grab the lockdown opportunity because of their aggressive attempts to access our contacts, and occassionally suggesting connections which might just inappropriate.

Things like this make some customers significantly more sensitive to the issue of trust and privacy. So there needs to be a fine balance between delivering the right level of curated content and service, and avoiding intrusive ‘suggestions’ or use of personal data.”

Lawrence also argued that being mindful of the consumer, rather than creating tech for the sake of it potentially becomes more important, the more technology there is on the market:

“We need to acknowledge that we are suffering from device saturation. New devices, if they are going to succeed, will need to be really useful, otherwise they risk becoming the next “kitchen juicer”. A good example of that might be smart speakers: Despite all the hype, smart speakers have struggled to get beyond 20% household penetration.” 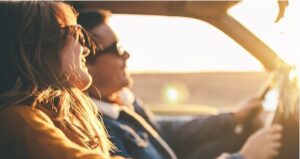 According to German market and consumer data company Statista, voice activated smart speaker ownership in the UK only went up by 11% in two years, from 8% in Q1 2018 to 19% in Q1 2020. Figures didn’t seem to increase vastly in the US either, with 20% of households owning smart speakers in 2018, compared to 32% in 2020, a mere 12% rise. This further supports Lawrence’s earlier statement.

In a different industry, there is a well-documented, compelling case for autonomously driven vehicles from the user perspective. However, to date it remains a theory until the technology becomes sustainable for private vehicles.

Speaking to Charles Degutis, Director of Multiportfolio Management from Bosch Corporate Research, it is highly likely that this technology will focus on commercial vehicles because of cost. He said:

“The technologies which can mimic a human brain, largely software and AI based, require a comprehensive sensing set which is simply very expensive. Private vehicle use cases are driven primarily by safety and convenience. Commercial vehicle use cases are driven by business models and cost savings which will be more compelling in the early market as expensive technology is fielded and begins to take hold.”

Despite this, the company is acutely aware that there is a journey that consumers need to go on for these vehicles to become more prevalent. Charles identified the key areas of consideration as:

As a result, there is enormous confidence in the eventual success and prevalence of AD, even in the consumer market. The reasons behind this are rooted in its problem-solving capacity, notably when it comes to:

AD equipped vehicles watch the road 100% of the time 360°, they don’t get distracted and they don’t make mistakes. The reliability of AD is also likely to make traffic flow better (no more traffic jams!) and be more fuel efficient.

A gap in the workforce

The average age of the driving community for commercial logistics is approximately 55+ years, with a rapidly emerging gap in the workforce which will require logistics-based organisations to find an alternative solution and to use drivers in roles that require human interaction – such as last mile deliveries. The current significant hole in capacity of truck drivers may be a significant influence on short & medium term adoption.

Despite the prohibitive nature of costs in the short-term, for logistics businesses, human drivers account for 60%-70% of the total cost of operations. AD will eventually be able to provide the skills of a driver at a fraction of the cost.

In a world where we’re always looking to save time, AD technology in privately owned vehicles offers the promise of freeing up driving time to sleep/read to the kids/work/do whatever you want.

For anyone who is unable to drive, either through age or disability, AD opens a world of possibilities in terms of access to work, community and addressing societal isolation issues.

Touching on a slightly different sector, public transport has been notoriously bad at recognising and addressing customer needs. It’s a position that the industry has been privileged to adopt because of its market monopoly in an increasingly urban society.

However, digitisation began to drive a change as people began to work remotely and do other tasks without having to travel to a particular location. In addition, people could map their routes and select a mode of transport in a way that only drivers could do before, creating more competition in the market.

Marcelo Blumenfeld from the Birmingham Centre for Railway Research and Education said:

“These changes completely repositioned the role of public transport in society, making each trip a consumable good just like buying a coffee before a meeting. Passengers became multi-modal customers, not necessarily attached to a single mode … In a multi-modal paradigm, customer service in transport needs to find a way to encompass the entire journey and not only the single point of interaction between the passenger and the operator.”

Further to that, Covid-19 has now escalated that shift dramatically. As people no longer clamour to get a seat on the London Underground, for the first time the sector is in a position of needing to encourage users back on board, placing the customer in the proverbial driving seat.

Marcelo said: “The recent impacts of COVID-19 have put a strain on public perception of public transport, increasing anxiety around crowding, and regaining trust is critical to get people moving safely and sustainably again. On top of issues such as timeliness, comfort, ease, and speed, passengers require information requiring updates on last minute changes, crowding, and safety.”

However, he was quick not to let blaming the impact of Covid-19 detract from the work that needed to be done anyway: “For decades, public transport was a last resort when nothing better was available. But now, digital technologies have placed passengers at the heart of transport operations and empowered them as customers whose expectations need to be met or else competition will attract them away.”

This is your chatbot speaking: AI’s challenge to gain consumer confidence

Artificial intelligence as a concept has been around since the 1950s, but its use in daily life has come into existence far more rapidly in the last five to 10 years. Those of us who remember the first steps into voice control, will know how profoundly ineffective those early iterations were.

Even as we speak to the remarkably articulate Alexa and ask her to order the shopping, voice control technology is still in its infancy, but it is becoming increasingly prevalent in our day-to-day actions.

It is commonly used as a replacement of, or in front of, call centres, as well as in chatbots, and virtual assistants like Alexa, Siri, and Google Assistant.

Hans van der Linde, Head of Sales at Hensoldt Analytics, describes the current stage of AI development as the equivalent of having the engine but “the fuel and the oil is still under development to make the engine run smoothly”.

the use of conversational AI in business is efficiency, which in some cases is working extremely well, but in other instances it’s leading consumers to search for ways to circumvent the technology in order to speak to a real person.

“Santander is rolling out chatbots and virtual assistant services for their regional banking globally, which is handled by a small team in Madrid. Their shining light is Erica, which is the virtual assistant of Bank of America. That seems to be working really well. Customers are quite happy with the thing because it’s very broad in its understanding of issues and topics. Unfortunately, there are many chatbot providers who design these things themselves, deploying tree-based logic structures. If you fall down the wrong branch, then you’re lost.”

The big challenge, he says, is in gaining consumer confidence in conversational AI’s ability to understand what they’re saying – something that many brands are not taking seriously enough:

“The technology first approach is ‘well, let’s just start it and it’ll train itself’. I don’t understand that attitude. How can you expose vulnerable consumers to these devices and alienate them? Some folks are risking significant damage to their brands!”

Mindful of this need, Hans says the next stage of technological development is to create the capabilities so that bots can understand whatever anyone says, without being limited to contextual answers.

He says: “as soon as people feel that confidence that they can move around outside of the core context of the conversations, that will be a major breakthrough.”

Follow CGA on LinkedIn to stay up to date with our latest posts and insights.